Since the House adjourned last month, I’ve been very busy. 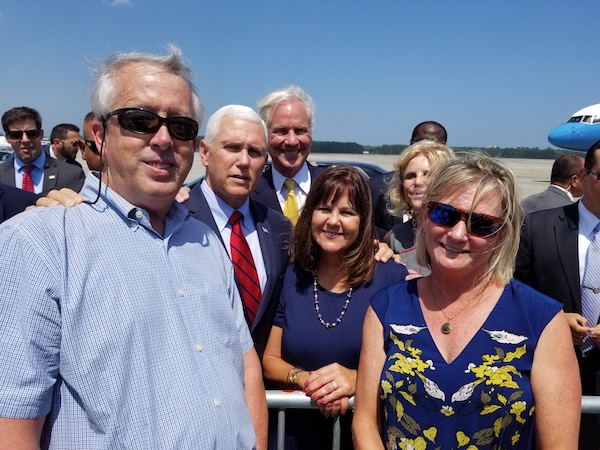 This month I spoke at the ceremony renaming the North Causeway in Pawleys Island the Linwood Altman Causeway in honor of the former state legislator and community leader who recently passed away. I was a sponsor of the legislation that enabled the name change. Click here for news coverage.

Also, on Tuesday, I spent the afternoon at the Georgetown office of the Dept. of Employment and Workforce learning about all the services they provide for businesses and the community. I appreciate the opportunity to meet the staff and greatly appreciate their hard work and dedication.

On Thursday at the Tidelands Health board meeting I was privileged to present Dr. Gerald Harmon with a resolution passed by the General Assembly congratulating and honoring him for being named chairman of the American Medical Association. Dr. Harmon is truly a leader in medical care in our county, state and nation and is very deserving of this honor.

Today I’ll be attending Liberty Steel’s reopening ceremony of the Georgetown mill. The reopening is great news for the city, county and especially for all the families hurt by the steel mill closing in 2015.

On Wednesday and Thursday, the House will be back in session to deal with the state budget and legislation that addresses the V.C. Summer nuclear reactor spending disaster.

So far, the conference committees that were tasked with ironing out the differences between House and Senate versions of the budget and legislation aimed at protecting utility ratepayers have failed to reach agreement, so the session may not be productive.

My thoughts and prayers are with my House colleague and District 1 GOP Congressional candidate Katie Arrington, who was seriously injured in a car accident on Friday night in Charleston.

I urge you to vote tomorrow in the Republican runoff election for Governor and Attorney General. Any registered voter can vote in the election except those that voted in the June 12th Democratic primary. The polls are open from 7 am to 7 pm. Click here for polling place locations.

I’m thankful for the opportunity to represent District 108. Please let me know if I can be of any assistance.

Please click here to donate to my reelection campaign.