It’s always great when constituents are able to come to Columbia and visit with me in the House. Last week I had a lot of visits. 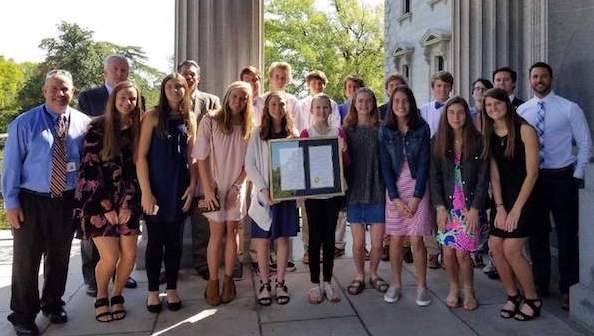 Wednesday, it was great to meet with the Charleston Trident Association of REALTORS at the State House. I appreciate the work they do and their interest in state government.

Also, on Wednesday it was State House Day for Alzheimer’s Advocacy. It was my privilege to meet with advocates Lisa Phelan, Becky Thomason and Ashley DesMarteau, who are doing their part to make legislators aware of the plight of Alzheimer’s victims and caregivers.

This was crossover deadline week. Tuesday was the last chance to get bills out of committee and on to the House floor for a vote to meet the April 10th crossover deadline. Any legislation that clears either the House or Senate after April 10th requires a two-thirds majority vote to even be debated by the other body this year.

I wanted you to know that the legislation Rep. Russell Fry and I sponsored to fix the Horry-Georgetown County border error is in the Senate now. We’re hopeful a version of the bill supported by both counties and the House will ultimately be passed.

The border error affects about 200 parcels of land, long believed to be in Horry County, which are actually in Georgetown County, raising potential issues concerning property taxes, school attendance and voting.

Our bill calls for a referendum to be held in the affected area to allow voters to decide as to whether they wish to stay residents of Horry County or officially become part of Georgetown County.

I’m honored and privileged to serve District 108 in the House. Please let me know if I can be of any assistance.

Reelection campaign donations can be made by clicking here.