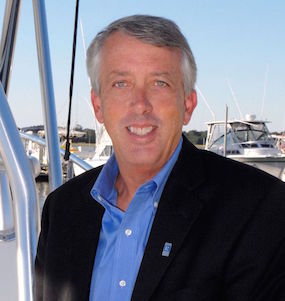 MURRELLS INLET – In a letter to state regulators, state Rep. Lee Hewitt, R-Georgetown, asked that approval for a British company to conduct seismic testing for oil off the coast of South Carolina be denied, citing harm to marine life from the air gun blasts and to the coastal economy.

“I’ve heard loud and clear from constituents that they do not want seismic testing or oil and gas drilling off our coast because of the detrimental effects of seismic air gun blasts to marine life and the very real threat of a drilling disaster and the resulting severe environmental and economic harm it would bring to our area,” Hewitt wrote to the SC Dept. of Health and Environmental Control on Monday.

WesternGeco, LLC, headquartered in London, has applied to the US Department of Interior’s Bureau of Ocean Energy Management for a federal permit to conduct seismic testing in the federal waters of the Atlantic Ocean.

The federal permit application was submitted to SCDHEC for determination of federal consistency with the SC Coastal Management Program concerning the potential impacts of the seismic testing on sea turtles and on commercial and recreational fisheries. SCDHEC is taking public comments on the permit through July 2nd.

“Seismic air gun blasts would hurt fisheries. During and after seismic blasting, catch rates of some commercially and recreationally important fish species have decreased substantially. Studies show that seismic testing could decrease catch rates by as much as 80 percent,” Hewitt cites in the letter.

“In the last year, commercial fishermen in ports adjacent to and in the district landed nearly 1 million pounds of snapper-grouper species and recreational fishermen along the South Carolina coast are estimated to have caught 18 million fish,” Hewitt said. “Our commercial and recreational fishing industry cannot afford the harm seismic testing would bring to important fish species.”

“It’s been proven that seismic air gun blasts risk serious injury or death to whales and dolphins. These blasts would also hurt sea turtle populations,” Hewitt said. “South Carolina is a critical area for sea turtles, which are sensitive to noise. Seismic air gun blasting would interfere with their nesting.”

Last month the General Assembly approved a ban on approval of seismic testing and offshore oil drilling infrastructure permits by the state or local governments as a proviso in the budget that was passed.

“I think it’s clear the legislature’s intent is to prevent seismic testing and oil drilling activities off our coast,” Hewitt said. “SCDHEC should find the proposed WesternGeco permit inconsistent with the coastal management program because of its impact on natural resources and the economic impact on South Carolina.”

Hewitt, a Murrells Inlet resident and realtor, represents coastal areas of Georgetown and Charleston counties. He serves on the House Agricultural, Natural Resources and Environmental Affairs and Legislative Oversight committees.