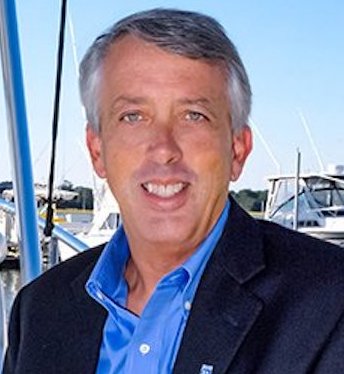 MURRELLS INLET – Republican Rep. Lee Hewitt Monday announced that he will seek reelection to the S.C. House District 108 seat and that he has the backing of House Speaker Jay Lucas.

“It’s been a real privilege to serve in the S.C. House of Representatives and I’m hopeful district voters will send me back for another term,” Hewitt said. “I’ve been blessed with an outpouring of support and will continue working hard in Columbia representing the district.”

“I will continue to fight for low taxes, better roads, the best education for our children, more jobs, and to protect our natural resources,” Hewitt said. “I share the conservative values of the district and will continue working hard to earn the support of Georgetown and Charleston County voters.”

“There is no better representative for the people of District 108 than Lee Hewitt,” House Speaker Jay Lucas said. “Since 2017, Lee has been a strong advocate for the issues his constituents care most about: lowering taxes, strengthening our economy and protecting our beautiful coast. A vote for Lee is a vote for an experienced and committed conservative leader.”

“I’m honored and grateful to have the full support of Speaker Lucas,” Hewitt said.

“We’re on target to fund a very good campaign. I’m grateful for all of our campaign donors who have given very generously,” Hewitt said.

Hewitt, 61, was first elected in 2016. He serves on the powerful House Ways and Means Committee and is a House Majority Whip.

In 2014, Hewitt was appointed by Gov. Nikki Haley to the SC Department of Health and Environmental Control Board of Directors.

He is a 1982 graduate of the University of South Carolina - Coastal with a bachelor’s degree in business administration.

Hewitt is an active member of Belin Memorial United Methodist Church. He and his wife, Whitney, have two sons.