My thanks to all who took the time to support my bill opposing seismic testing and offshore oil drilling either in person at Wednesday’s Environmental Affairs Subcommittee hearing or in writing. 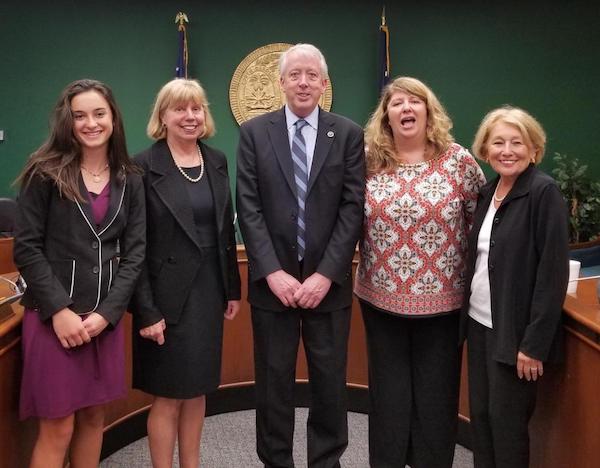 Dozens of people spoke in support of my bill and against offshore oil drilling. This despite the unfortunate last minute on-off-on whipsawing of whether the hearing would occur or not.

The stack of written comments supporting my bill was over 2 inches thick.

A special thanks to Gabriella Martin, an eighth grader at the Coastal Montessori Charter School in Pawleys Island, for her compelling testimony in favor of my bill. She was the only speaker to receive applause. Click here for news coverage.

Only one person, a lobbyist for the American Petroleum Institute, spoke against my bill and in favor of drilling. Yet in the end, the subcommittee voted to advance both my bill and a bill supporting seismic testing and offshore drilling, so we’ll have to continue the fight.

Coincidentally, on the same day offshore oil drilling off our coast was being debated, it was the S.C. Restaurant and Lodging Association’s Hospitality Day at the State House – a day in which the importance of the restaurant and lodging industry to the state’s economy is highlighted.

This is an industry that would be at peril should an offshore oil spill impact our coast.

I enjoyed seeing SCRLA board member and past president David McMillan from Drunken Jack’s Restaurant in Murrells Inlet during the Hospitality Day event.

On Tuesday, the bill I cosponsor in the wake of the tragic death of Samantha Josephson to require better identification of rideshare vehicles, such as Uber and Lyft, passed the House on a 99 to 1 vote. Click here for news coverage.

Wednesday, April 10th was crossover day in the legislature. Any legislation that clears either the House or Senate after April 10th requires a two-thirds majority vote to even be debated by the other body this year, greatly narrowing down bills that can pass both houses.

The House will be on furlough next week and will resume on Tuesday, April 23rd.

As always, please let me know if I can be of any assistance.

Please click here to donate to my reelection campaign.