Hewitt named Legislator of the Year

First freshman legislator ever named Legislator of the Year

COLUMBIA -- Rep. Lee Hewitt, R-Georgetown, along with Rep. Heather Ammons Crawford, R-Horry, were named Legislators of the Year Monday by the S.C. Association of Realtors. 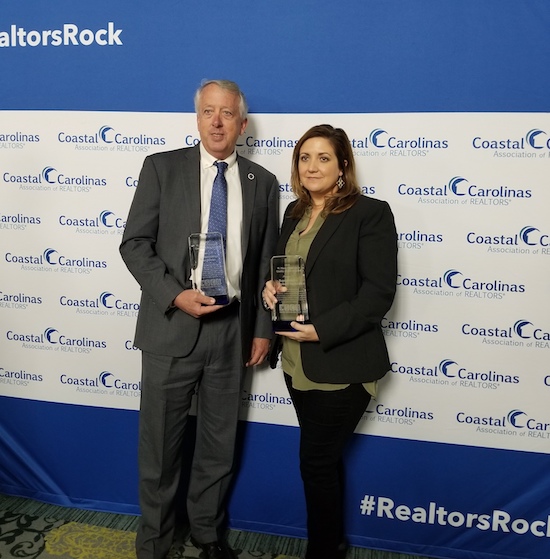 Reps. Lee Hewitt and Heather Ammons Crawford with their awards.

Hewitt is the first freshman legislator to ever win the award.

“I’m honored to have been awarded Legislator of the Year, particularly as a freshman legislator,” Hewitt said. “My sincere thanks to the association for this award.”

Hewitt was the lead sponsor for legislation signed into law this year that reforms the process for determining beachfront jurisdictional lines. Where these lines are drawn impacts first, and in many cases, second row properties regarding the structures that can be built or rebuilt.

Hewitt was a cosponsor of the S.C. Homeowners Association Act, which was also signed into law this year. This reform legislation requires increased HOA transparency concerning notices, budgets and documents.

He is also a former S.C. Department of Health and Environmental Control board member.