COLUMBIA, SC -- A new bill in South Carolina could make luring or enticing a child to get into a car or a building against the law.

According to the bill, luring a child into a conveyance, dwelling, or structure without the consent of the child or legal guardian will be prosecuted. 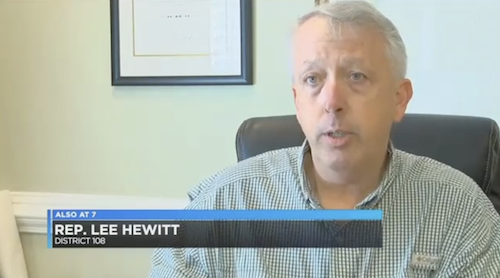 The heart of the bill is to stop a situation from getting much worse. The reason Lee wrote it is because of something that happened a month ago in Mount Pleasant with some of his constituents.

Lee said a family reached out to him for help after their kids were playing outside and a man approached them in a van and tried to entice them to get in by saying, "Come look at my dog." The children ultimately ran back to their house and the mother got the license plate for police.

"That when you have someone going around, trying to lure kids in the car by offering candy or something that is not criminal, it gives them the ability to charge that individual," he said.

The first offense would be a misdemeanor. If multiple offenses occur, the person could face a felony.

"As someone who has raised kids, I couldn't imagine if something happened to one of my kids," Lee said. "So if something like this can prevent a bad situation with children, hopefully we can get it done."

One mother in Carolina Forest is thankful to see the new bill, as the situation hits close to home.

Last August, Dr. Barb Horn's 10-year-old son was playing outside with his friend when a group of men told the boys to get inside their car.

Neighbors found the car and told police, but Horn said ultimately no charges were filed.

"Not only did we have to plea, the whole community had to become outraged, and had to make something happen and we said we wouldn't stand for it," Horn said. "Something was done and this type of bill can actually help next time something happens. Hopefully it doesn't, but people will have protection against this. If they feel they can't fully commit to kidnapping as a crime or attempted kidnapping, this gives them the option of luring and it's absolutely needed."

Horn said she hopes no one has to live through what she endured. She does think the bill should apply to others, and not just those 18 years of age or older.

"If you are old enough to drive a car and old enough to make a poor decision to try to lure a child into your car, then you should face the consequences as well, no matter what age," Horn said.

Lee said he received a lot of support from fellow legislators and law enforcement, who have heard of similar instances across the state.

The judiciary committee will review the bill next.